The Santa Rosa Police Canine Team was established in 2001. Initially, there were 2 police officers and their canine partners. Both of those dogs have been retired, however in the ensuing years our canine team has expanded.

The Canine Team is comprised of police officers who serve with their canine partners on a full time basis. Canine Teams are trained for and assigned to the Patrol Bureau.

The handlers live and work with their dogs, and by being so close they become a highly trained, close knit team. The dogs save the citizens of Santa Rosa countless dollars as their noses can locate suspects and contraband oftentimes in a matter of minutes. This work would normally take several police officers hours of tedious, dangerous searching.

The canines allow officers to do their work faster, more efficiently, and in a safer manner. In many cases, just knowing the police canine is on scene and the threat exists of the canine being utilized to locate a suspect has caused suspects to surrender without confrontation or additional flight. This saves time, and has undoubtedly saved officers from injury or possibly death by having a desperate, sometimes armed criminal surrender without incident. If the canine was not on scene the suspect may have chosen a violent confrontation with officers, or fled into the community at large rather than risk going to prison. Being able to apprehend these violent individuals quickly and safely brings an added level of safety to the citizens and community we proudly serve. 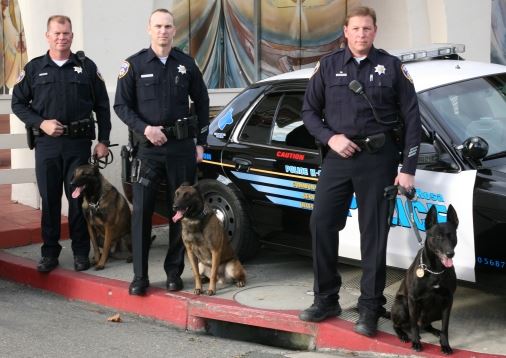