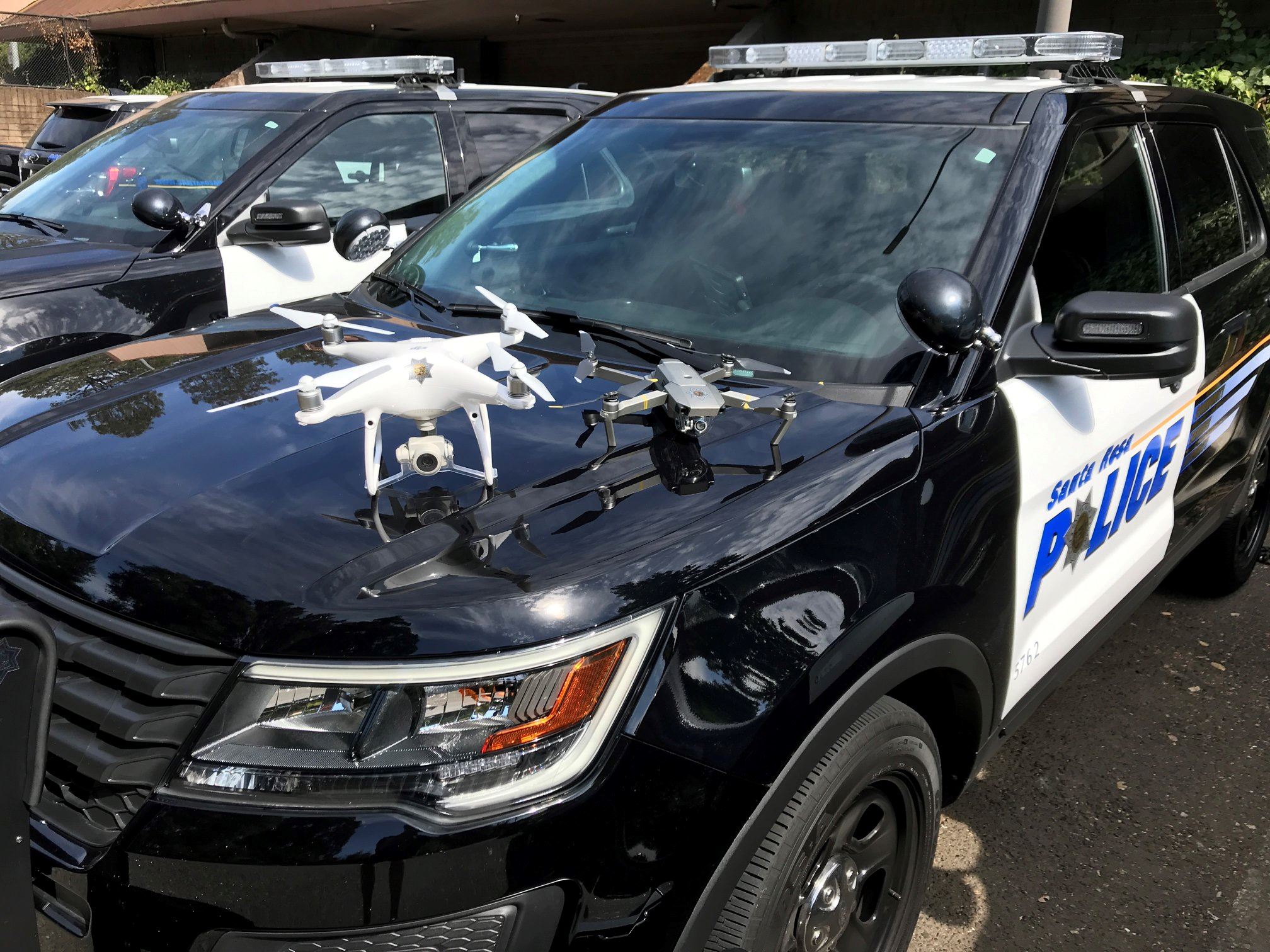 The Santa Rosa Police Department began exploring the use of drones (also called UAS, UAV, or unmanned aircraft) in 2016 as a way to increase community safety and to help our staff be more efficient and effective in their work. We saw widespread use of drones by allied law enforcement and fire agencies helping us respond to and recover from the fires in October 2017. Drones are being widely adopted as public safety tools across the country.

The Santa Rosa Police Department now has an operational Drone Program, with five police officers and a Field & Evidence Technician assigned as remote pilots. We operate two consumer grade drones, a DJI Mavic Pro and a DJI Phantom 4 Pro. We will be expanding the program with additional equipment and training to expand our capabilities in the near future. We invite you to read our policy, linked below, and look forward to continuing as your trusted community partners as we work together on keeping Santa Rosa a safe place to live, work, and play.

Before beginning our program, the Santa Rosa Police Department engaged with our City Council, residents, subject matter experts, and stakeholders to gather feedback and earn trust for our use of the technology.  Some of the steps we took included: