Based on community input received during the May 17, 2021 informational meeting, City staff have modified aspects of the design presented in the schematic below for the intersection of Summerfield Road and Hoen Avenue. 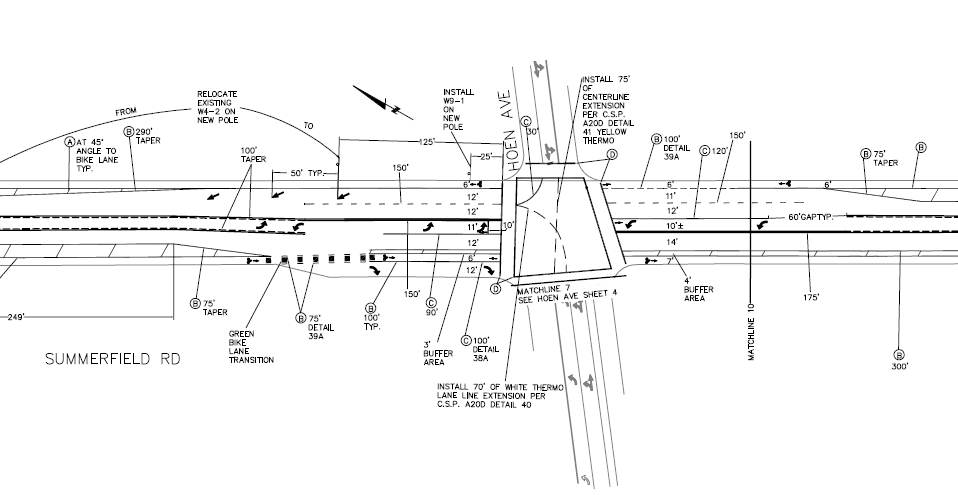 Based on community input received during the May 17, 2021 informational meeting, the intersection of Brookshire and Summerfield Road was redesigned to install the right turn lane, southbound at Brookshire. 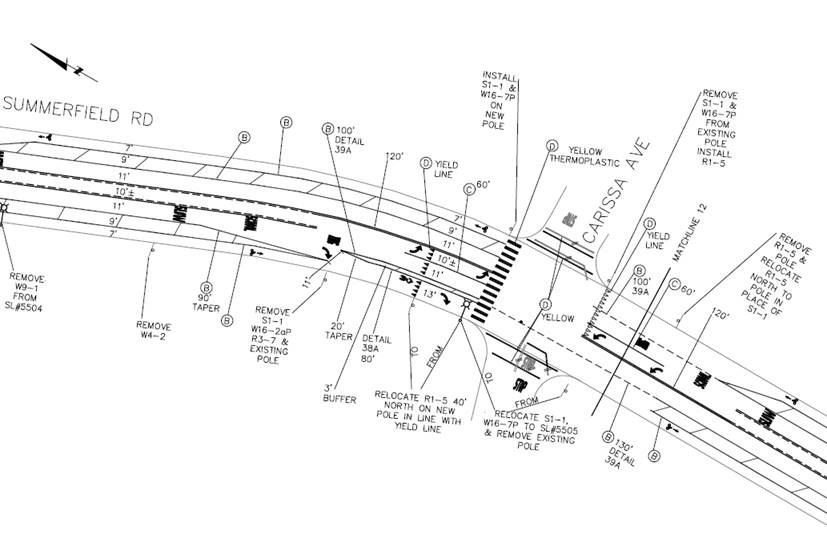 An informative Community Meeting was held on Thursday, May 27 to discuss planned improvements along Summerfield Road between Bethards Drive and Hoen Avenue to enhance access for walking, biking and driving. The planned improvements are designed to reduce speeding, improve crosswalks and expand bike lanes. To watch the replay of this meeting, please use the following link: 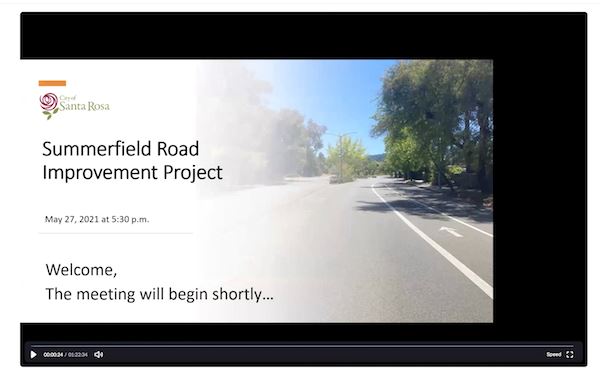 In September, the slurry seal pavement treatment will be applied to Summerfield Road from Bethards Drive to Sonoma Avenue, applied to Bethards Drive and a section of Hoen Avenue. Slurry sealing this area of roadway is being done through the City’s annual Pavement Preventive Maintenance (PPM) Program, and the work is being coordinated with the striping modifications portion of the Summerfield Road Improvements Project. Coordinating work on these projects provides an opportunity to take a fresh look at potential pavement striping modifications for enhanced mobility.

Each year, through the PPM program, the City applies a slurry seal application to the surface layer of a select number of arterial streets in good condition to keep them in good condition. It helps protect pavement from water penetration, provides a new surface with improved skid-resistance, and extends the life of the roadway.

For the Summerfield Road project, the PPM process involves sealing the pavement cracks and removing all striping from the roadway prior to applying the slurry seal treatment. Once the slurry seal process is complete, the striping will be re-applied using the proposed modifications discussed during the Community Meeting on May 27.

The proposed striping modifications will allow for the expansion of the existing bike lanes, from 5-foot to 7-foot widths, including the addition of 9-foot striped buffer spacing between bicycle and vehicle travel lanes. The striping modifications will also help to decrease speeding by reducing vehicle travel lanes with center turn lane and improving pedestrian comfort levels by providing increased spacing between pedestrians and vehicles.